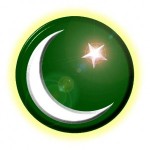 Many in Pakistan fail to understand the value of their vote. Agreed we go to the polling stations whenever we are lucky enough to have elections, but having an ink mark on our thumb does not mark the end of our civic duty.  When we come out in numbers, those politicians that take Pakistanis for granted are shaken to the core.  Those law enforcement agencies carry out their duty with justice.  Not only the government, but the army also realizes that it becomes powerless when it is dealing with the nation as one.  If we, the people, are able to wield such influence over these powerful institutions by coming together as one unit, lord save the militants if we truly unite as Pakistan.

Our army today is fighting a battle, not a war, but a battle in Waziristan.  Operation Rah-e-Nijat is an effort to weed out the militants from the holes they are hiding in.  Mind you, these militants do not deserve to be called terrorists.  Solely because defenders of these militants use the argument, “one man’s terrorist is another man’s freedom fighter”.  Giving militants the authenticity of fighting for freedom is ridiculous as they put to death the minimum freedom Pakistani citizens enjoy.  Furthermore, even calling them Islamic extremists is not justified.  The killing of an innocent has nothing to do with Islam, so why try to force a link between this oxymoron.

Operation Rah-e-Nijat has allowed for Pakistani’s in finding their “unique otherness”.  We have differences over which Islam to practice, or which language to speak but we should not have differences over which side to support in this Operation.  At every cricket match, we proudly sing jazba-junoon or enjoy listen to Nur Jehan and her classic tunes that she sang during the 1965 war.  Now is the time when actions really do speak louder than words.

We may love the army for protecting our borders or despise them for intruding in our politics.  But now is not the time to take out our frustrations.  The army includes both jawans and officers.  The love-hate relationship Pakistanis have with the Army officers should not wither our devotion for the army jawan. It is the jawan who is giving the greatest sacrifice humankind has to offer: his life and soul.  Most of our jawans battling in Operation Rah-e-Nijat tend to be from the same village as the militants.  Disregarding the childhood connection, our jawans are taking to task the militants who threaten our existence. It is just shameful that even after all what the Army officers and jawans are putting at stake; journalists cannot stop the constant bickering and gossip and continue the same heartless form of politics that we have become accustomed too.

With the numerous news channels our cable operators provide and the ease by which articles are posted online, it is unfortunate that most journalists have not availed this golden opportunity of working towards uniting Pakistan.  Rather, by currently focusing on irrelevant issues, they are allowing the militants to exploit our weakness;  our lack of cohesion.  Some journalists are calling for the resignation of Pakistan’s Ambassador to the United State while others are feeling proud of their “investigative journalistic skills” by unveiling the fact that the Foreign Minister’s son was interning at the US Senate.  Did it ever occur to these journalists the experience he might have garnered could help Pakistan tomorrow? The exclusive contacts he has been able to form could boost support for Pakistan and counter the strong anti-Pakistan lobbyists present on the US Capitol. I fail to understand what these journalists are trying to achieve!

On the one hand, these journalists argue against the “non-Pakistani” lobbyists, the government have hired, stating that such lobbyist are not able to fully comprehend Pakistan’s issues.  And on the other hand, when a blue-blooded Pakistani – who campaigns in the general elections – is roaming the halls of the US Senate as an intern, he is still lambasted by journalists who label themselves as “Pakistan’s flag bearers” for being a traitor and having a conflict of interest.  Whose side are these journalists on may I ask?  Or are they just walking down a path trying to sling as much mud on politicians as they can.  They have done a brilliant job tearing to shreds the Kerry-Lugar Bill, but when it comes to the NRO (National Reconciliation Ordinance) they are silent.  When it comes to uncovering stories that can actually benefit Pakistan, they lack immensely.  Where are the news stories that open up investigations? They have obviously mastered the art of manipulating statements and stories and providing us with brilliant conspiracy theories!

Disregarding the issue of the Foreign Minister’s son or the Ambassador to the US or the constant American bashing, our media and journalists need to focus on rehabilitating Pakistan.  Every talk show on Pakistani news channels are becoming more like an episode out of the E! Hollywood channel.  Constant gossip, constant accusations and constant calls for resignations of politicians seem to be the centerpiece of their talk shows.  Our army is fighting a battle in a war that can ONLY be won if Pakistan forms a cohesive unit.  The political parties need to be on the same page.  Every time, I look at the news its unfortunate that political parties are pursuing their own agenda.  PML-Q seems to be adamant on undermining Nawaz Sharif and his party, while PML-N ties everything under the sun to the trial of General Musharraf.  PPP is constantly being bashed by all quarters for looking too far ahead in the future and not focusing on current issues, while Jamat-e-Islami is doing what it does best: condemning the United States.  Journalists are equally to blame for providing fuel to the very fire that is burning us alive.

We need to support our troops at all costs, and call out those journalists and political parties who are diverting our attention to issues other than the battle in Waziristan.  Now is not the time creating links between the past and the present, or point fingers blaming others for our current situation.  Rather, it is time to forge a link between all Pakistani’s so that we can go into tomorrow with our heads held high.  We the people have had enough of the bombs and the deaths.  Pakistan was created in order for us to live in freedom, peace and security and we the people will defend these values at all costs.

One response to “We the People!”